Of the many striking stellar clusters in the great galactic clouds extending through Ophiuchus, and Scorpio, none has received as much attention as Messier II, the very rich open aggregation of stars in the small constellation of Scutum Sobieski. Discovered by Kirch two hundred and thirty-five years ago, it has since been observed and described by nearly all students of clusters, nebulae, and comets….

This is the beginning of a paper by Harlow Shapley published in 1917 on The Astrophysical Journal. He made a catalogue of 458 stars within four minutes of arc of the center of the “open” galactic cluster Messier II, claiming a  resulting color-index that does not exceed a tenth of magnitude.

One very interesting thing, he states in the conclusions that “it seems probable that the cluster proper is composed of not more than 200 stars” (!!). Today we know that the stars are much more numerous, since modern estimate talk of about 100,000 stars (but we cannot blame Shapley because of the instrumentation available at his epoch). 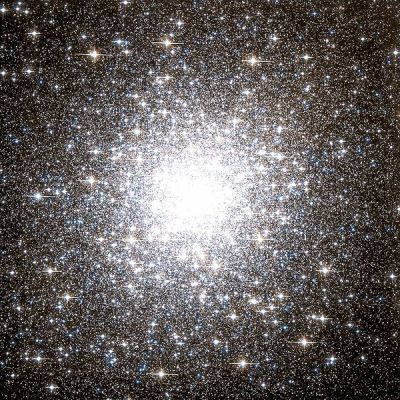 Our cluster’s entry for M2 is http://gclusters.altervista.org/cluster_4.php?ggc=NGC+7089

A wonderful panoramic view of the globular cluster Omega Centauri, taken by the new Wide Field Camera 3 installed aboard Hubble in May 2009… enjoy ! 😉 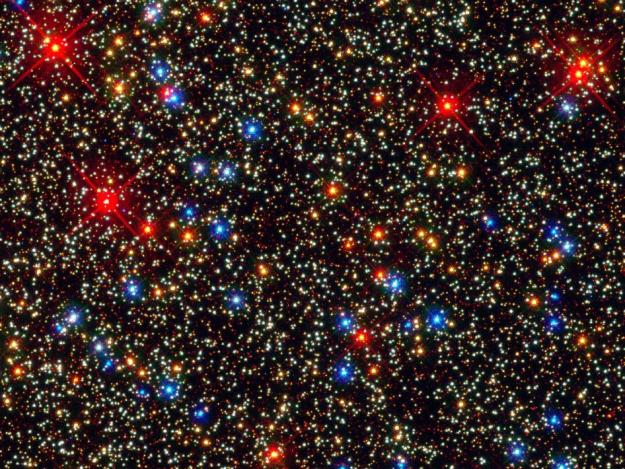 Abstract: The ACS Survey of Galactic Globular Clusters, an HST Treasury Project, will deliver high quality, homogeneous photometry of 65 globular clusters. This paper introduces a new collection of stellar evolution tracks and isochrones suitable for analyzing the ACS Survey data. Stellar evolution models were computed at [Fe/H]= -2.5, -2.0, -1.5, -1.0, -0.5, and 0; [alpha/Fe]= -0.2, 0, 0.2, 0.4, 0.6, and 0.8; and three initial He abundances for masses from 0.1 to 1.8 Msun and ages from 2 to 15 Gyr. Each isochrone spans a wide range in luminosity from Mv~14 up to the tip of the red giant branch. These are complemented by a set of He-burning tracks that extend from the zero age horizontal branch to the onset of thermal pulsations on the asymptotic giant branch (…)

Distances of the bulge globular clusters Terzan 5, Liller 1, UKS 1 and Terzan 4 based on HST NICMOS photometry

Abstract: A large number of pulsars and X-rays sources are detected in globular clusters. To understand the structure and content of these clusters, accurate distances are required. We derive the distances of Terzan 5, Liller 1 and UKS 1 using as a reference a recent distance determination of NGC 6528, based on HST/NICMOS and NTT/SOFI infrared photometry. The distance of the metal-poor cluster Terzan 4 was derived from a comparison with M92 in NICMOS bands…

Analysis of Hubble observations of the massive globular cluster NGC 2808 provides evidence that it has three generations of stars that formed early in the cluster’s life. This is a major upset for conventional theories as astronomers have long thought that globular star clusters had a single “baby boom” of stars early in their lives and then settled down into a long, quiet middle age.

“NASA’s Hubble Space Telescope has provided astronomers with the best observational evidence to date that globular clusters sort out stars according to their mass, governed by a gravitational billiard ball game between stars. Heavier stars slow down and sink to the cluster’s core, while lighter stars pick up speed and move across the cluster to its periphery. This process, called “mass segregation,” has long been suspected for globular star clusters, but has never before been directly seen in action. “

Table of contents for…